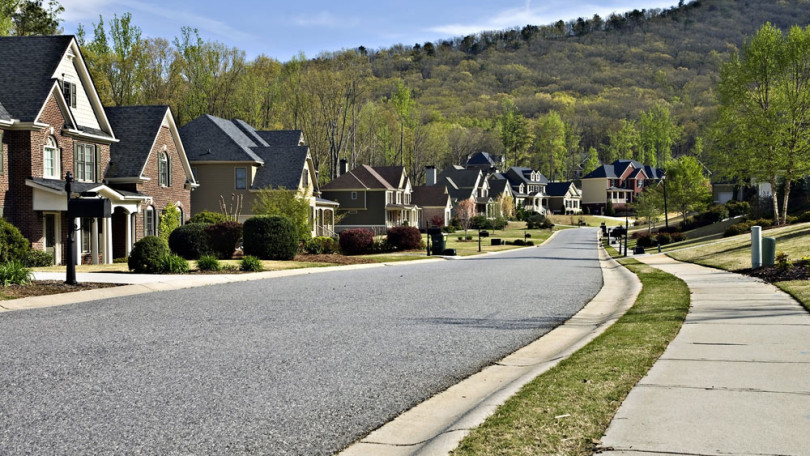 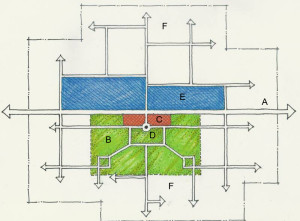 Andres Duany and Elizabeth Plater-Zyberk have a great essay in “The New Urbanism” by Peter Katz. They describe the fundamental organizing elements of Traditional Neighborhood Design as being; the neighborhood, the district and the corridor. The neighborhood has a center and an edge, is a walkable size, has a balanced mix of activities, has building sites within a fine network of interconnecting streets and it gives priority to public space and the appropriate location of civic buildings. The best size of a TND is ¼ mile from the edge to the center. TND also expresses itself with a higher residential density, a pedestrian friendly streetscape and a return to alleys that get cars off that tree lined streetscape.

Remember when Forrest Gump sat on the park bench and told his famous story? He was at the town center. It was a beautiful place. Immediately surrounding the town square were shops (where owners lived upstairs), theaters, civic buildings, places of professional service, the bank, and other assorted places of service, employ and mercantilism. A very similar ambiance was created in “Back to the Future”. In 1987 Thomas Wolfe, in “The American Spectator” wrote, “The 21st century, I predict will confound the 20th century notion of the future as something exciting … the cities of 2007 will look more like the cities of 1927 than the cities of 1987.” He was right for the most part. It is the way some of us would like them to look.

The Heart of a Traditional Town

TND’s have the town square at the center and smaller, generally two story, homes on 50 ft. wide lots (or smaller) with detached garages at the alley in the rear of the lot. There might be an apartment over the garage to rent out thus adding to the diversity of the social fabric. Maybe a Victory Garden at the center of the lot, but most certainly a front porch for socializing with one’s friendly neighbors.

Duany’s architectural firm is here in Florida. They designed a place called “Seaside” in the panhandle and, appropriately so, “The Truman Show” was filmed there. It is featured on the cover of “The New Urbanism” and is the textbook example of TND with the most early publicity. It’s a beautiful experiment but there are no real jobs to sustain a real neighborhood. Duany also designed a development called “SKY” for a developer named Bruce White. It is about 36 miles west of Tallahassee and has some serious differences from Seaside, it was designed to be sustainable. If you go to SKY Site and look at the master plan you can see the village centers and the places set aside for agriculture. Some homesites have enough land to grow their own food (or a specialty crop to share), others do not and are closer to the town square. The bulk of the land dedicated to crops is closer to natural water sources and away from the more densely populated areas. Jobs? I don’t know.

I was introduced to TND by a mentor and friend many years ago. He once taught architecture at Tulane and later became an apartment developer. While between developments one summer he did several overlays of the south half of Pinellas County and refashioned the peninsular with TND guidelines. His work was quite impressive, all done by hand. As a main artery, Fourth Street had no retail, no gas stations and no banks, no buildings facing the street. What would it take to accomplish this? Check out the drawings by Mr. Gus Pelias. 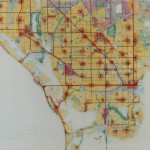